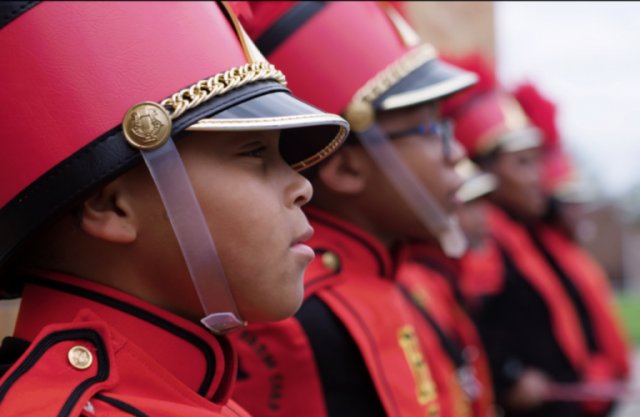 RIVER CITY DRUMBEAT is an uplifting story of music, love, and legacies set in the American South. Edward "Nardie" White devoted his life to leading the African-American drum corps he co-founded with Zambia Nkrumah in Louisville, Kentucky three decades ago. Together they inspired youth from their West Louisville neighborhood to thrive by connecting them with the art and cultural traditions of their African ancestors. Now Albert Shumake, whose destiny was shaped by the drumline, must take up the mantle for the next generation. Meanwhile, student drummers Imani, Jailen, and Emily navigate adolescence and life changes. River City Drumbeat follows this creative community of mentors, parents, and youth making their way in a world where systemic forces raise obstacles to fulfilling their dreams.