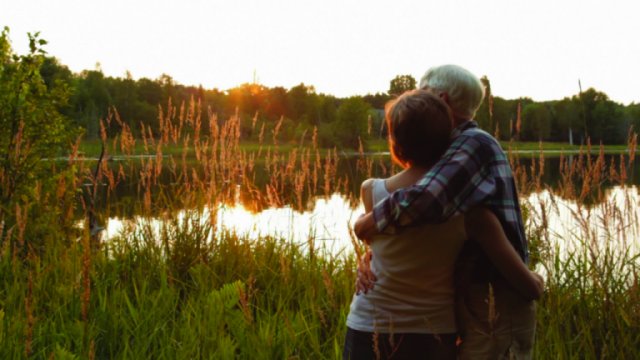 With her own wedding just around the corner, filmmaker Sharon Shattuck returns home to examine the mystery at the heart of her upbringing: How her transgender father Trisha and her straight-identified mother Marcia stayed together against all odds. FROM THIS DAY FORWARD is a moving portrayal of an American family coping with the most intimate of transformations.

FROM THIS DAY FORWARD is a moving portrayal of an American family coping with the most intimate of transformations. When filmmaker Sharon Shattuck's artist father came out as transgender and changed her name to Trisha, her transition was difficult for her straight-identified, physician wife, Marcia, to accept. Having married and fallen in love with a man, Marcia found herself doubting whether she could love Trisha as a woman. And, as a heterosexual woman, she felt that the idea of walking down the street, holding hands with a woman, would paint a false picture of her own identity. At the time, with Sharon in her preteen years and focused on developing her own sense of self, her parents’ relationship seemed a mystery. After announcing that they would get a divorce, Marcia and Trisha found themselves heartbroken and decided that they loved each other too much to separate. Committed to staying together as a family, they then began a careful balancing act that would test their love for one another, and ultimately prove even more challenging than expected. As Sharon approaches her own wedding day, she begins asking the questions she couldn’t ask as a child: Why did her father choose to transition when she and her sister were so young? How—and why—did her parents decide to stay together? As the film evolves into a conversation about love and acceptance in a modern American family, it raises questions relevant to all of us: As individuals, how do we adapt to sustain longterm love and relationships? Where do sexuality and gender intersect? And how do families stay together, when external forces are pulling them apart?

It was a huge relief when Argot Pictures jumped onboard MORE