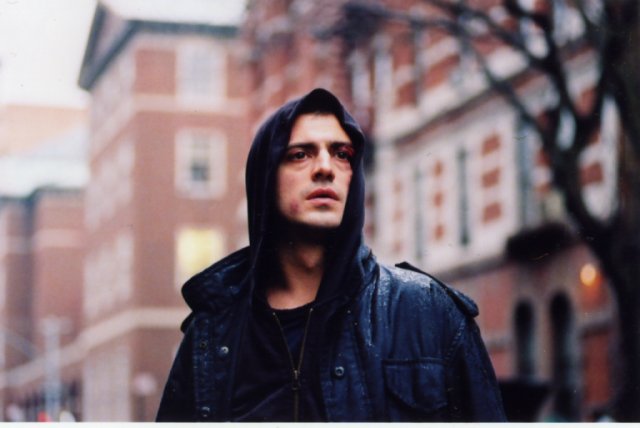 In this stylish, atmospheric thriller, a hit man who learned his deadly craft in the Balkan wars, his beautiful former lover, and her police officer boyfriend all cross paths in lower Manhattan. The looping, nonlinear narrative structure and crisscrossing fates of its colorful characters may remind many of Pulp Fiction, but instead of recycling the hipster argot and rap rhythm of that influential L.A. story of more than a decade ago, love gives us a wintry, present-day New York City that is very much a cosmopolitan metropolis, a city of immigrant hustlers and their Old World accents-the Yugoslavian hit man, the German doctor, the French coquette, and the Neapolitan crook, and many others. love is all the more stimulating because of the elegant simplicity with which it was made; aside from its thriller plot, the spare visual composition and beautifully lit scenes are alone more than reason enough to see this picture. From its memorable scenes, which include a killing in a park to the Mexican stand-off inside a church to the dimly lighted nightclub, where an emcee in drag promises the jaded patrons 'music you've never heard before,' this stylish crime tale makes the New York scene glow with color-drenched beauty, menace, and mystery.