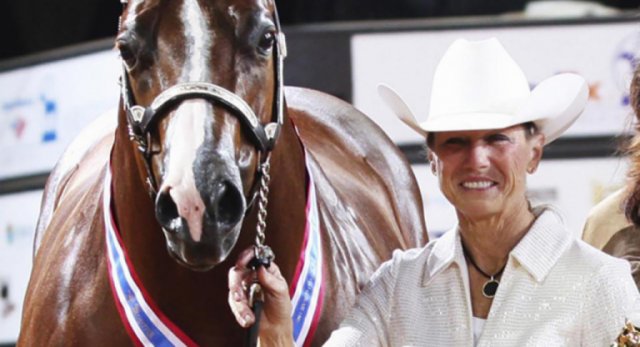 How could one woman steal $53 million without anyone noticing? ALL THE QUEEN’S HORSES tells the story of Rita Crundwell, the perpetrator of the largest case of municipal fraud in American history. As city comptroller of Dixon, IL (population 15,838), Crundwell stole $53 million dollars of public funds across 20 years. She used the funds to build one of the nation’s leading quarter horse breeding empires, all while forcing staff cuts, police budget slashing, and neglect of public infrastructure. ALL THE QUEEN’S HORSES investigates her crime, her lavish lifestyle and the small town she left in her wake.

Rita Crundwell stole more than $53 million of public funds across two decades in office as the City Comptroller and Treasurer for Dixon, Illinois, a town with a population of just 16,000. She used the funds to build one of the nation’s leading quarter horse breeding empires, and threw lavish parties for community leaders at her home, all while the town endured cuts to public staff, emergency services budgets, and work on maintaining public infrastructure. In 2012 after a close colleague turned whistleblower finally uncovered her scheme and alerted the Mayor, the FBI arrested Crundwell as the largest municipal fraud perpetrator in American history.

How did Rita Crundwell steal over $37,000 each day from a town with an annual budget of around $6 million? How could such embezzlement go undetected in annual audits by two independent accounting firms and in annual audit reviews by state regulators? How did local residents not become suspicious of Crundwell’s extravagant wealth and frivolous spending?

ALL THE QUEEN’S HORSES is the riveting story of how a pillar of the community could so callously execute a scam of such magnitude. This film reveals the procedures behind how she did it and got away with it for so long, how she was caught, how the city is attempting to rebuild and recover, and how if it happened in Dixon, it could happen anywhere.